Christmas is the time of year when everyone seems to be going home; either to there current home or the family home.

We have long said that our home is wherever all four of us are so spending a Christmas not in the UK was not overly daunting.

Before we had even left the UK we decided that a tent would not be a great place to spend Christmas Day with a 7 and 4 year old so we decided to book and AirBnb. This also meant that a friend could come and join us for the festivities. We gave little thought to much beyond this until well into December and this was refreshing! No cards were written and no last minute gift buying was needed. Charly and I adopted the rule that if it wasn’t edible we wouldn’t give it to each other and if it wouldn’t fit in a pannier then it wasn’t a suitable gift. 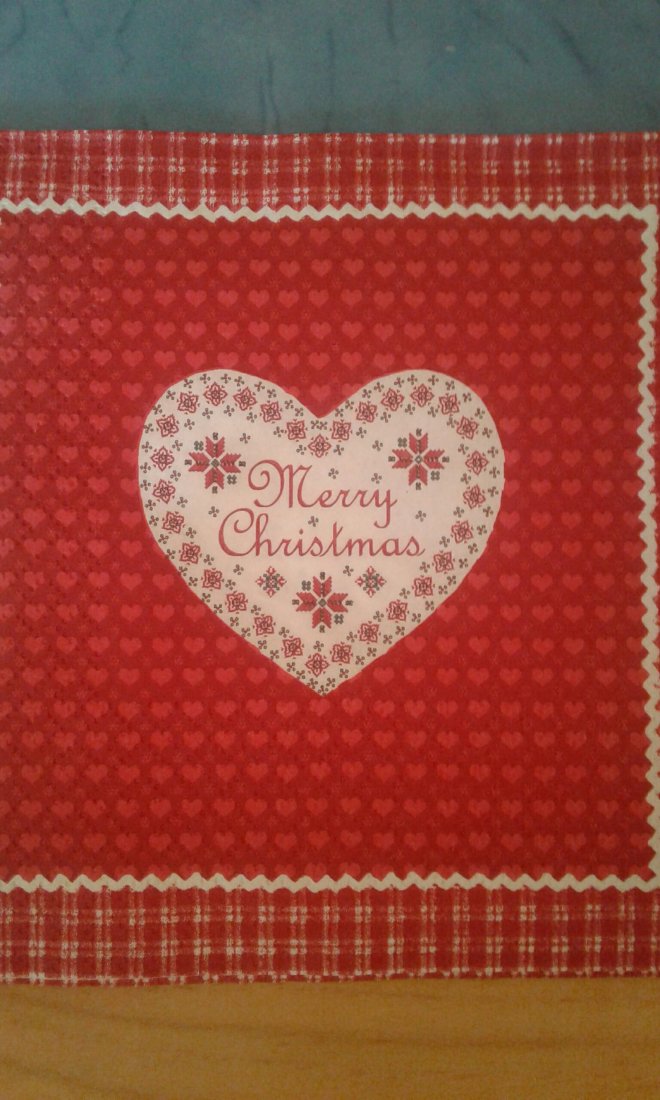 Christmas napkins – my mum would be proud.

Once again cycle touring helped to boil life down to the necessities; food, shelter and companionship. With the arrival of our friend from the UK we merry 5 settled in for Christmas. We took the opportunity to be tourists again and use the bus as opposed to our bikes and went to see penguins and rented kayaks in the Ancud bay. The penguins certainly added a Christmassy vibe but it was sure to be different. There wasn’t the endless playing of Slade and Wizard hits, there was no cold rain, no ridiculous sized boxes of chocolates, no anxiety brought on by crowds of people, no melancholy triggered by the plastic generated by tons of throw away toys and so on.

The decision to make it different was an easy one – we weren’t in the UK so why fall into the same heuristic traps? Chatting to some locals and internet searches allowed us to plan a hybrid Chilean / British Christmas. Both seemed to focus around food and drink but for us turkey was swapped chicken, mulled wine for strawberry, peach and red wine punch and gin and tonic for pisco sour.

Christmas biscuits – Charly kept our tradition of baking on Christmas eve. They were yummy!

The kids did not really seem to notice much difference. It was warmer but Father Christmas models and polar bears were still in the shop windows. Luckily our children just don’t want ‘stuff’ at the moment so discussions of what ‘he’ would bring were easy. Izzy asked for socks, new pants, fruit and a toy; Will, knowing no better, just asked for the same and I was proud of his attempt to write some of his own list.

As most Chileans we ate our main meal on Christmas Eve. Roast chicken, pigs in blankets, bread sauce, roast potatoes and stuffing (brought out by our friend Rachel who was visiting for Christmas); by the time we had finished it didn’t matter that we didn’t have Christmas pudding – we were too full.

Just before bedtime on Christmas eve went outside to burn our Christmas lists and send the ‘requests’. Normally we do this on an open fire in our living room but the difference here was fun. We did not have our stockings so we choose our biggest socks and hoped that Father Christmas would be able to come despite our lack of Chimney. For the last 7 years we have read ‘The night before Christmas’ as the bed time story and this year was no different.

Amazingly we got a lie in until 8am and then were able to drink tea (it is amazing how much you miss it) and open gifts. It didn’t take too long but the excitement lasted until lunchtime.

Father Christmas did find us (and the amazing paper tree that Charly made with the kids).

For lunch we had ‘Christmas’ sandwiches complete with gravy. In the afternoon we settled down to wait out the rain showers and watched the original ‘miracle on 34th street’. I had never seen this film and it was joyful to watch it as a family and revel in its story. At the end Izzy was convinced that it was filmed in colour; surely the mark of the quality of the film that she did not notice!

Post film and with the weather brightening we walked to the beach to play in the ocean. Despite being mid summer the pacific was certainly not warm and it took some deep breaths and a bit of courage for us to take the plunge. The beauty of the sea here is its clarity and cleanliness. Swimming was invigorating and it was well after 7 that we returned to our cabaña for roast beef fillet and pomme noisettes followed by fresh local fruit and melted chocolate to round of a very different Christmas day.

Support Me on Ko-fi

Biologist who teaches. In 2018 I took time away from work to travel and world school my children. We travel by bike and try to treat life as the adventure that it is. View all posts by Ed